Olkin, Dahabreh, and Trikalinos (2012) proposed the GOSH (graphical display of study heterogeneity) plot, which is based on examining the results of an equal-effects model in all possible subsets of size $1, \ldots, k$ of the $k$ studies included in a meta-analysis. In a homogeneous set of studies, the model estimates obtained this way should form a roughly symmetric, contiguous, and unimodal distribution. On the other hand, when the distribution is multimodal, then this suggests the presence of heterogeneity, possibly due to outliers and/or distinct subgroupings of studies. Plotting the estimates against some measure of heterogeneity (e.g., $I^2$, $H^2$, or the Q-statistic) can also help to reveal subclusters, which are indicative of heterogeneity.

Below, an equal-effects model is first fitted to all trials and then the gosh() function is used to fit equal-effects models in all possible subsets. The GOSH plot is then created by plotting the results. The points for subsets that include the ISIS-4 trial (study 16 in the dataset) are shown in red and blue otherwise. 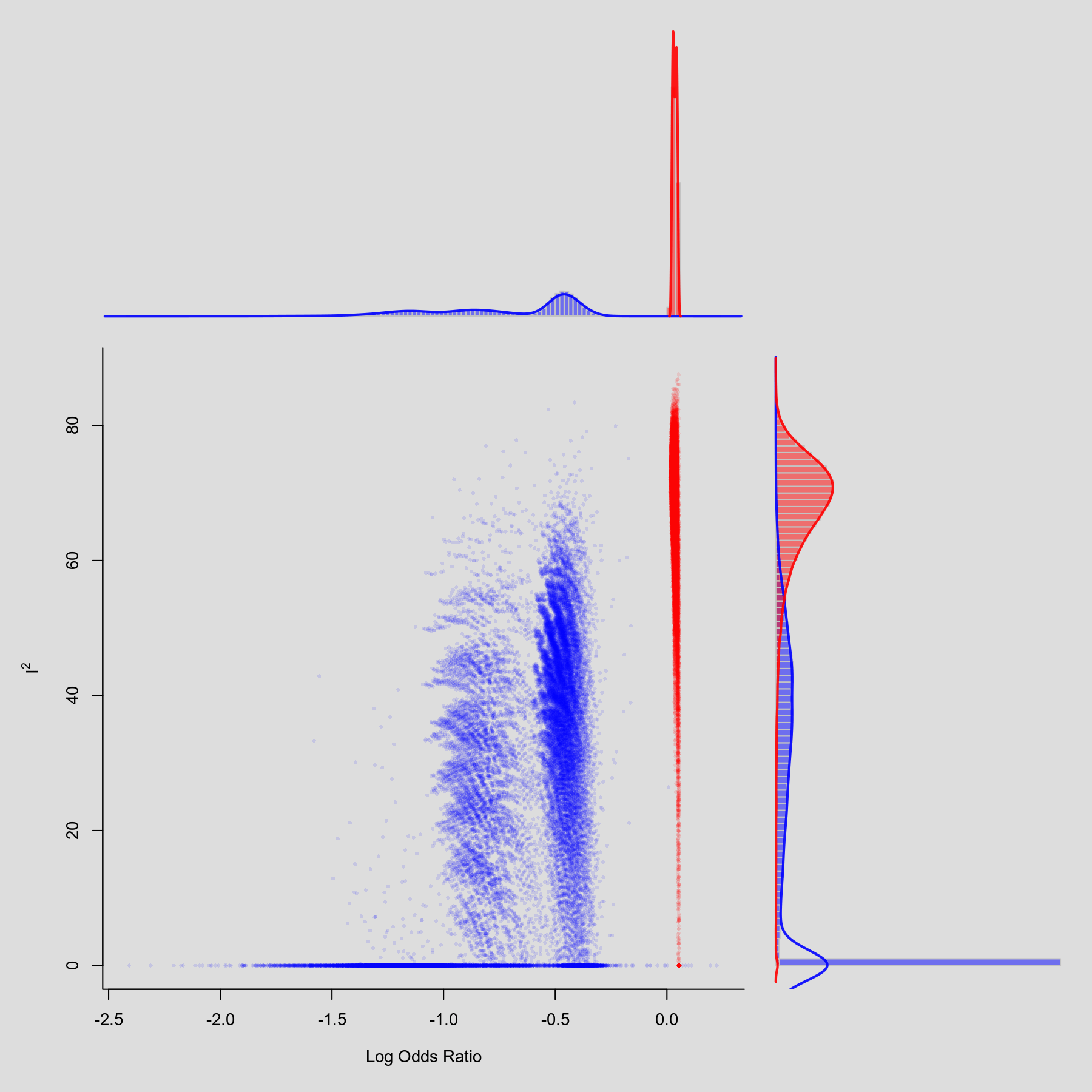